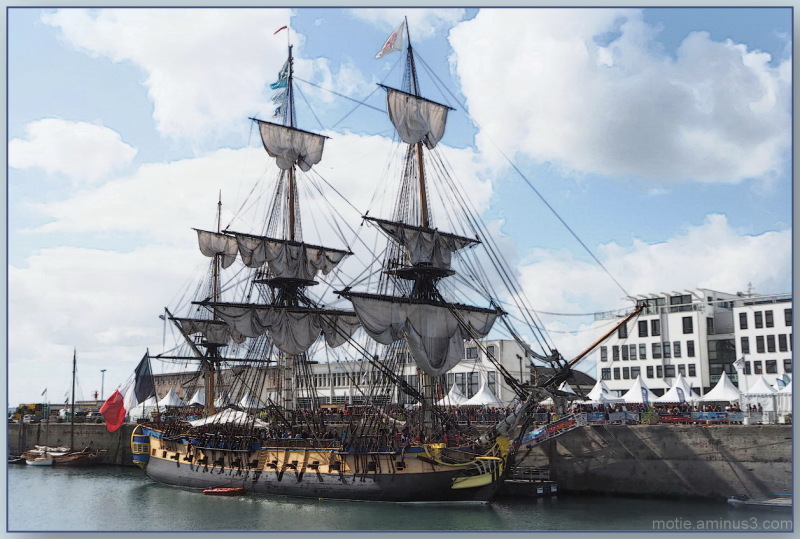 Previous Next
← previous day next day →

Posted by Tomix (landerneau, France) on 16 August 2015 in Transportation.

The Hermione was a 12-pounder Concorde class frigate of the French Navy. She became famous when she ferried General Lafayette to the United States in 1780 for support to the rebels in the American Revolutionary War. She grounded and was wrecked in 1793.

In 1997, construction of a replica ship started in Rochefort, Charente-Maritime, France; the new ship is likewise named Hermione.

She is gorgeous, Tomix - I am hoping she will take part in the Exhibition of Tall Ships in Halifax, NS - we always go and visit.
Kindest regards - a superb capture ---- MN

This is a magnificent sailing boat and a beautiful image ...

Anita B from Redon, France